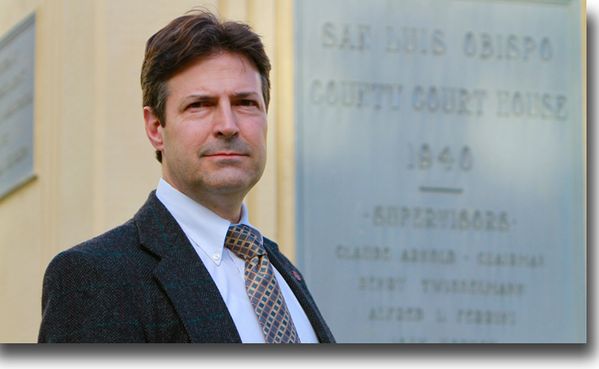 Robert Bettencourt received his doctorate in the law in 1992, having graduated with high honors from McGeorge School of Law in Sacramento. Over his 20-year career Mr. Bettencourt has successfully taken many cases to jury trial and resolved numerous others on excellent terms without trial. He appears frequently in all the courts within the greater San Luis Obispo area, from Paso Robles to Santa Maria, and he is respected by judges and lawyers alike.

Prior to becoming an attorney, Mr. Bettencourt worked for nearly a decade as a police officer. He had several assignments including uniformed patrol and Youth Services. Mr. Bettencourt has practiced law continuously since becoming an attorney 20 years ago, except for a year on overseas military deployment when he performed diplomatic duties with the U.S. Army and NATO in 2005-2006, as part of the United Nations Mission in Kosovo (UNMIK). He was highly distinguished among his peers, receiving a rare Meritorious Service Medal from NATO's Secretary General. Mr. Bettencourt has long been a member of the California Army National Guard, and currently serves as a Lieutenant Colonel.